Apple Pay and Apple Wallet features on your iPhone 6/6S

Apple Wallet is preinstalled on all iPhones. It serves several useful functions:

How to set up Apple Pay

Set up Apple Pay in a few minutes using a credit card and your phone’s camera (to take a picture of your credit card). To verify the credit card, either call your bank (the phone will dial the verification number for you) or use the bank’s app (if it’s installed on your phone).

After setup is complete, all you need to do to make a payment is pull out your phone, press the Home button, and hold up the phone to payment terminals that accept Apple Pay. The phone will display the credit card and the amount being charged. Use a passcode or Touch ID to verify the transaction, and you’re done!

Adding other services to the Apple Wallet feature list

For loyalty programs, boarding passes, and other member-based benefits: Tap the Find Apps for Wallet button to get started. You can also scan a code when prompted. Once the Wallet-friendly apps are installed, they will display passes, tickets, and other information on the Lock screen when prompted by an electronic reader.

You can manually open a pass, such as when you have an electronic boarding pass and need to show it to airline and security officials. I have done this using the American Airlines app for TSA checkpoints and boarding at LAX and Logan Airport in Boston.

There are dozens of apps for some of the largest retailers and travel companies in the world, including airlines, Starbucks, Target, and more. Here’s what the Apple Wallet looks like, with a credit card already attached: 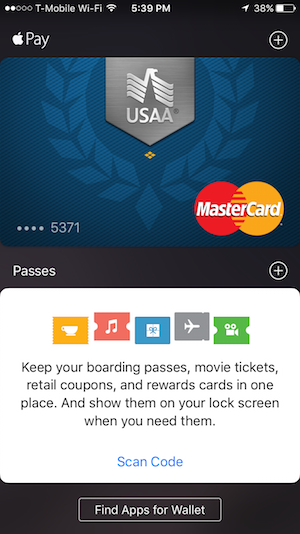 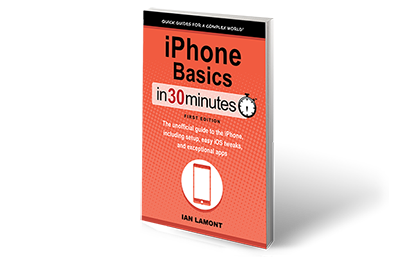